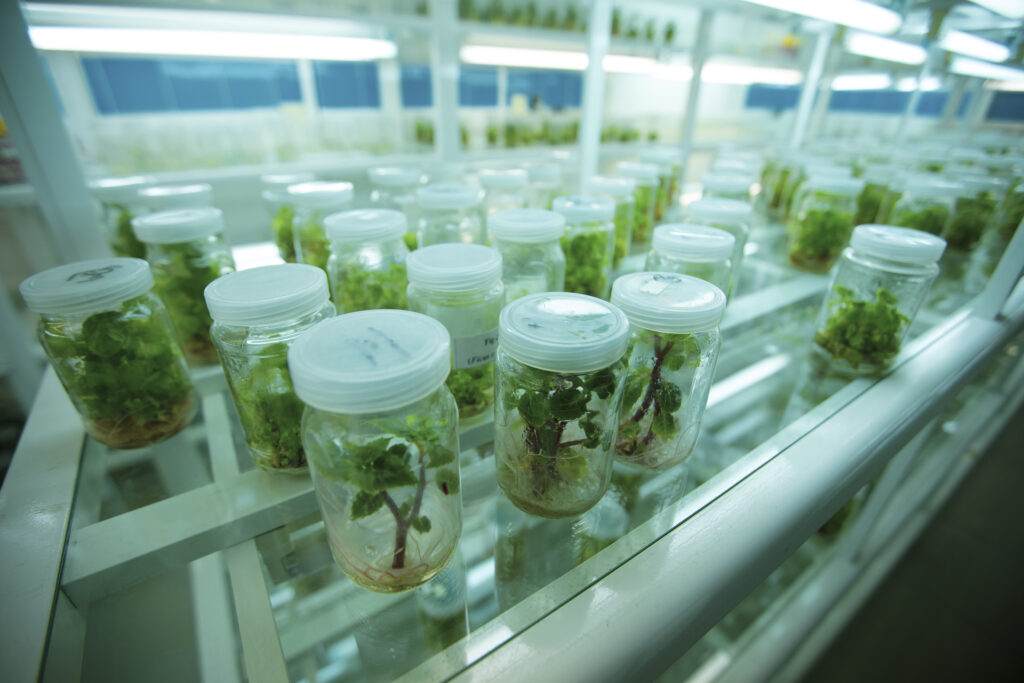 The Egyptian Deserts Bank “Genes” is one of the most important entities of Desert Research Centre and is the largest bank of rare wild agricultural genes in the Arab world. Since its establishment in 1977, it has collected and stored 2,500 rare wild medicinal plants. The bank has stored and preserved them for a period of up to 100 years, from inappropriate conditions such as desertification, lack of rain and environmental degradation. They were preserved to be invested and re-cultivated. The bank has produced new species that are able to regrow and are resistant to soil salinity and drought.

A biotechnology laboratory for genetic documentation is attached to the bank. Its aim is to preserve intellectual property rights by using the genetic fingerprint of each plant and to register it internationally. There is also  a field Gene bank in an area of ​​20 Feddans, for the purpose of plant propagation.

DRC has a partnership between the Egyptian Sahara Bank from one side and the English Gene bank. According to this corporation,  a similar sample is preserved in the English bank, and if an English researcher reaches a biological compound with any Egyptian seed, they are not allowed to use it commercially except after the Egyptian approval.